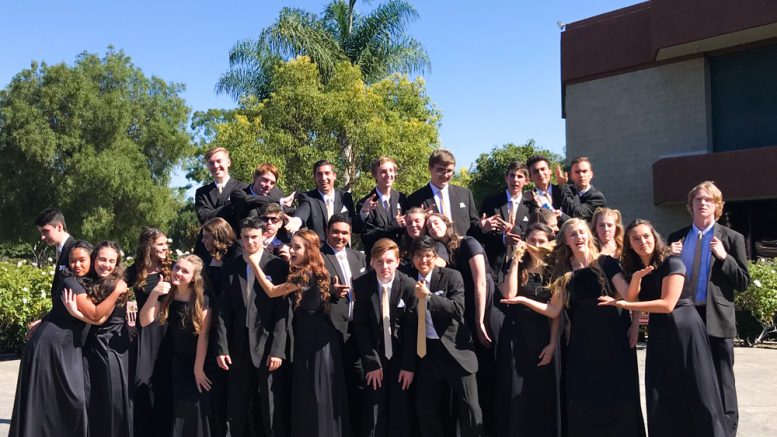 On October 24-25, both the El Dorado High School (EDHS) Vocal Ensemble and Advanced Women’s Ensemble performed at the Vanguard University Invitational Choir Festival. The festival invites top performing choirs throughout Orange County to perform in a non-competitive format. Each choir is adjudicated by a professional in the choral music community, who provides them with valuable feedback.

The EDHS auditioned choirs have been preparing for this since before school began, starting with a week long summer rehearsal camp in August. This was the first choir festival Advanced Women’s Ensemble has ever attended since the choir was founded and the first one Vocal Ensemble has attended in many years. They represented EDHS and the Placentia-Yorba Linda Unified School District well over the course of the festival. The team’s adjudicator praised the choirs for their diverse repertoire, rich choral sound, dynamic movement, and excellent diction. They also received a trophy at the end of the night.

Below are YouYube links to the EDHS performances at Vanguard.

1. Non Nobis Domine
2. Song of Simeon
3. Hark, I Hear the Harps Eternal
EDHS Advanced Women’s Ensemble
1. Lift Thine Eyes
2. I Am Not Yours 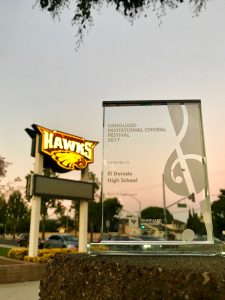 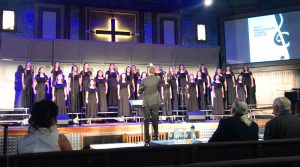 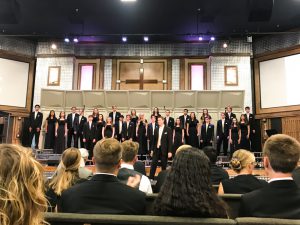 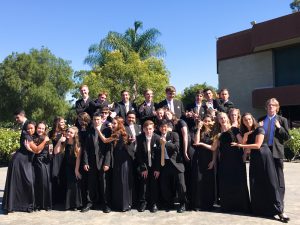 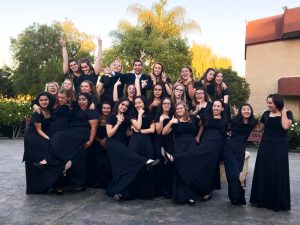