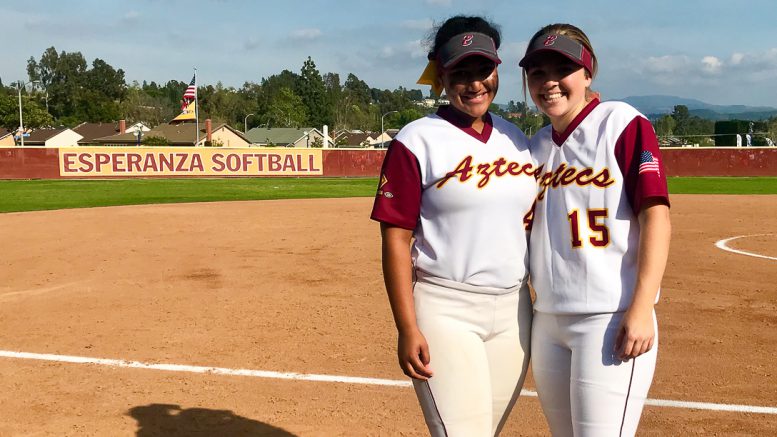 On Friday March 22, Esperanza High School (EHS) student Emily Gomez (pictured right) pitched a perfect softball game against the Wildcats of Brea Olinda High School. She retired all 15 batters that she faced in a five inning, 11-0 victory that was shortened by the CIF mercy rule.

Gomez and catcher Raquelle Ngue (pictured left) combined to strike out six batters, and the Esperanza defense played flawlessly to record nine other outs in the field. The Aztecs scored seven runs in the first inning, added one run in the fourth, and then three in the fifth to end the game.

Aztecs Maddie Schmidt, Taylor Halterman, and Calissa Stapp all had multiple hits for the team. EHS faces El Modena and Foothill in league/conference play this week, and begins play in the Woodbridge Tournament in Irvine on Saturday, March 30. Way to go, Emily and EHS!