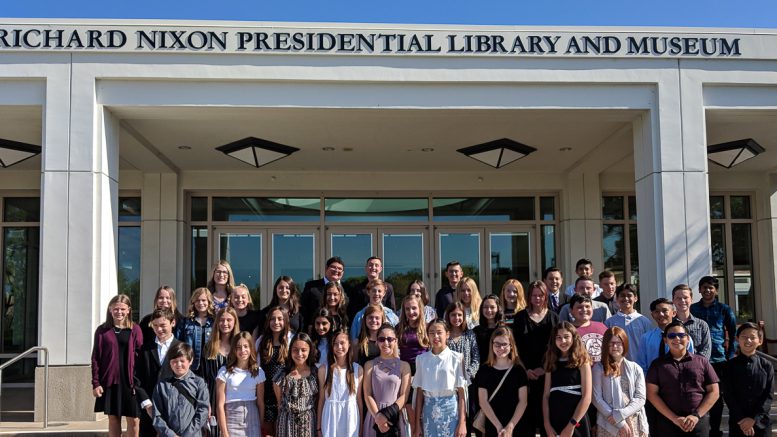 On February 26, all 7th graders at Travis Ranch participated in the school’s fourth annual Geography Showcase under the guidance of teachers Bethany Curtis and Jennie Bremer. Each year, this event challenges students in the areas of research, critical thinking, collaboration, writing, and presentation/communication.

Starting in October, students formed groups and were tasked with choosing a country to dedicate their studies to. Over the next three months, they researched their country according to its geography, religion, accomplishments, political systems, economics, and social structure. Together, they created Google Slide presentations and presented their materials in class. They were adjudicated by a panel of judges.

Then, on April 23, the top scoring group for each period earned the honor of presenting at the Richard Nixon Presidential Library and Museum in front of their peers, parents, and library staff.

Students and their families then received an exclusive tour of the Presidential Library including the new Apollo Moon Landing exhibit, which is not open to the public yet. The Trailblazers also received certificates of excellence from the Library documenting their success. 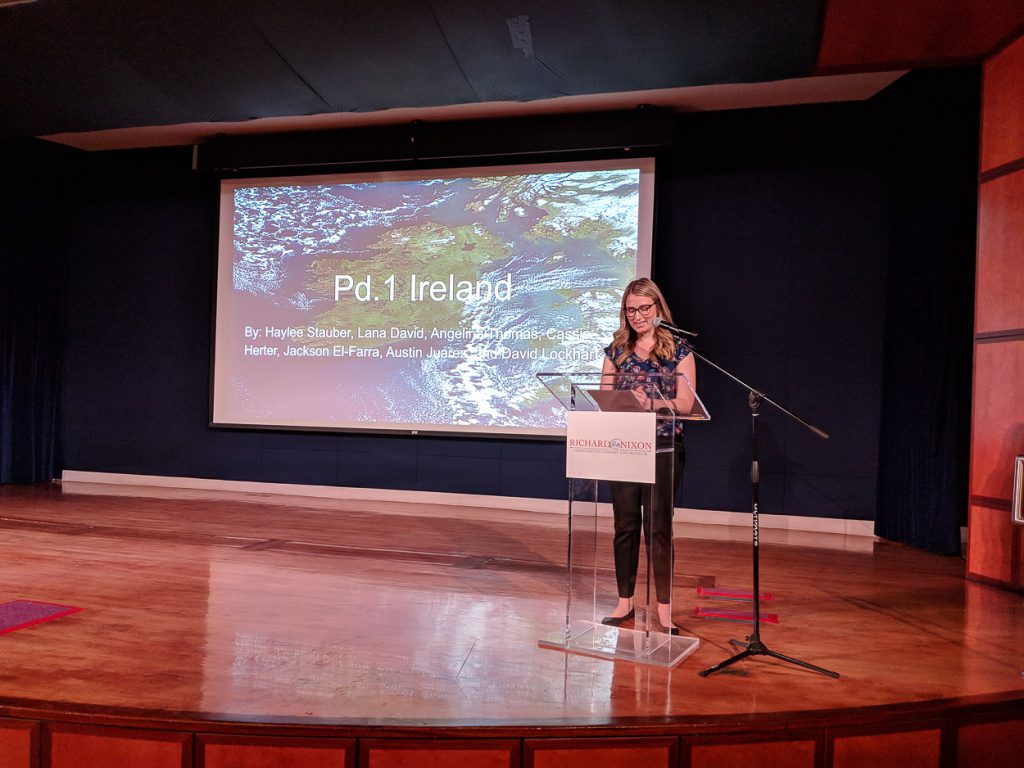