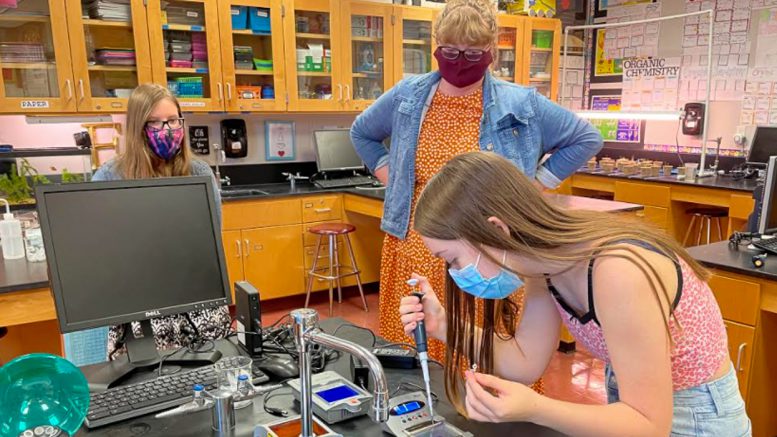 Esperanza High School’s science teacher Tom Freeman recently received condor DNA samples from the San Diego Safari Park for AP environmental science and biology classes to study. Condors nearly went extinct—with only 22 left in the wild at one point—before their population numbers were brought back up through a captive breeding/conservation program. The Safari Park sends out the condor chick DNA samples to teachers so students can practice gel electrophoresis, or a laboratory method used to separate mixtures of DNA, RNA, or proteins according to molecular size. The process reveals whether or not the condor chick is a male or female. The end results are depicted below. Two lines mean it is a female and one line means it is a male. Great job, EHS! 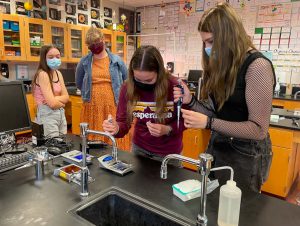 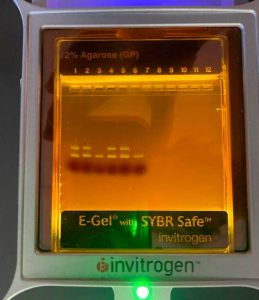