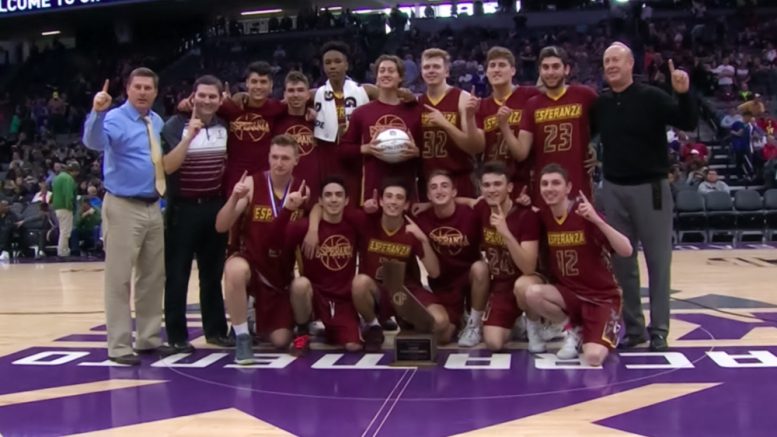 The defending State Champion Esperanza Men’s Basketball program was recently ranked the 15th best overall basketball program in the entire southern section. The week of October 2, CIF-Southern Section released their Power Rankings, and based on the enormous success of the past two seasons, the Aztecs were ranked as an elite program along-side schools like Bishop Montgomery, Mater Dei, Chino Hills, and Santa Margarita.

Esperanza looks to defend its 2017 State Championship this year and will be looking to win another league title.  Go Aztecs!