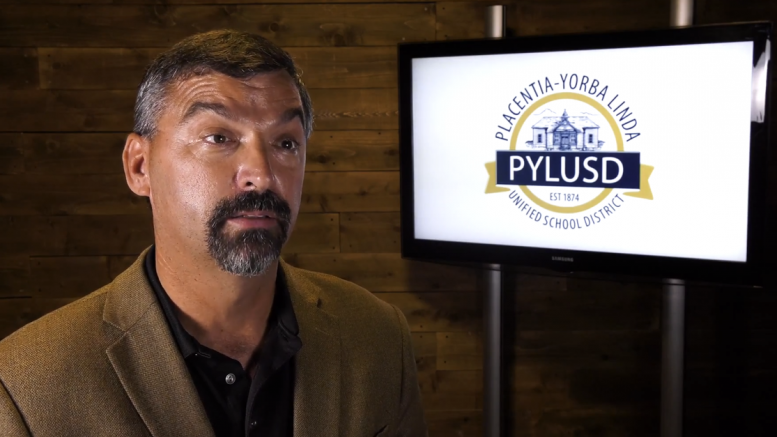 Phil Mortensen, Performing Arts Coordinator for the Placentia-Yorba Linda Unified School District and Orchestra Director for Yorba Linda High School, is the recipient of the SCSBOA Honorary Life Membership Award. This award is bestowed upon the top music educators in Southern California.

When asked about his career, Mortensen shared, “During my 32 years in music education I have been influenced by many people. My grandmother, a music performance graduate from the Cincinnati Conservatory of Music, got me started on trumpet and piano lessons in high school. Her influence and that of my high band director solidified my direction in life–I knew I wanted to teach.”

“No person can have a family and do what we do without an amazing partner. My wife Amy has been there since the beginning. She has put up with my long hours and weekends away and raised two amazing boys. I want to thank SCSBOA for this award…I am truly humbled and honored,” he noted.

Phil’s nomination states “Phil Mortensen has displayed every quality of an outstanding music educator and he is always willing to help other educators improve their craft. Mr Mortensen spends countless hours not only teaching the orchestra ensembles at Yorba Linda High School, but also leading the district as a top rated and admired district in the field of music education.”

SCSBOA, which stands for the Southern California School Band and Orchestra Association, supports student and teacher growth in music education through its activities and promotes the development of lifelong skills.