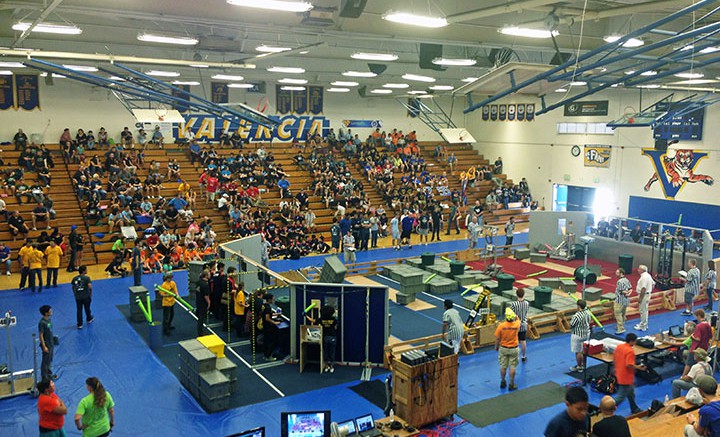 Taking images from three cameras and a computerized scoring system, students, using the school’s video production system, streamed video of the games across the Internet.

On Jan. 9, 2016, FIRST will announce a new game. Six weeks later, Valencia will host a practice event in which teams from Southern California will test and fine tune their robots built specifically for that new competition. In late March 2016, VHS will host a formal event for that new game in which 40 schools are expected to compete. 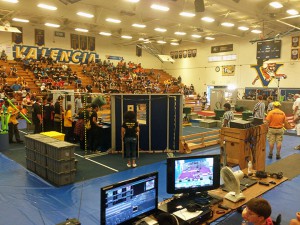